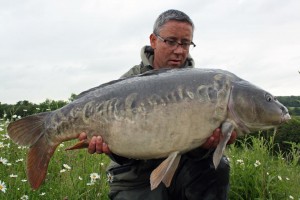 My name is Joe Turnbull and I have been angling since I was about 13. I first found out about such an amazing beautiful pastime when my uncle took me to the local river, armed with a small box of maggots and little bag of brown bread crumb to use as ground bait.

After that first encounter catching some good roach, I was simply hooked and I had found something that I was quite good at.

From that first experience I went on to enter a few matches, however, I’ve never really been competitive, so from there on I generally enjoyed my pleasure fishing for all species, which has seen me venturing all around the country angling at many different venues.

After some years of allround specimen angling, my one true love fell for carp angling, along with the wonder and amazement that it holds. 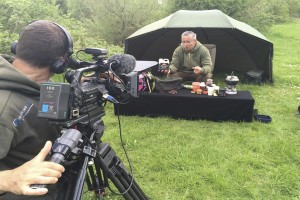 Why Bait?…Archie Braddock’s supplied a mix of herbs and spices, along with Richworth and Rod Hutchinson that had a range of  ‘off the shelf’ boilies and flavourings. I was intrigued, as many people still are, by being able to mix all sorts of concoctions and seeing if I could get a fish to feed on it.

After years of playing with baits and ingredients, a part of a life long dream became a reality as I was given a monthly feature in the biggest and longest running carp magazine, Carpworld and sister magazine, Crafty Carper.

Successful angling is all about consistency. If you get good at that, you're more than half way there. 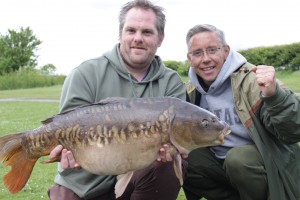 Why carp angling tuition?…Over the last couple of years or so I’ve been asked on many occasions about supplying some kind of tuition service for carp angling but not really being the type to ‘blow my own trumpet’ so to speak-I declined the idea for a while but then imagined that it would actually be really nice to pass on my experience and knowledge that I’ve gained over the years.

If you require longer or group bookings – fees can be discussed

All bookings require a £50 deposit which is non-refundable if a cancellation occurs. If a rescheduled booking date can be arranged the deposit will be saved.

If you have spod and marker rods, then these can also be brought.

All end tackle and rigs including hooks and bait will be supplied.

Particular rods and reels are usually necessary venue dependant as obvious long range angling requires a larger set up but this can be spoken about prior to booking.

So what does Joe’s Tutorial include?

To make a booking or enquiry